Microsoft Platform Projects? We Can Help. 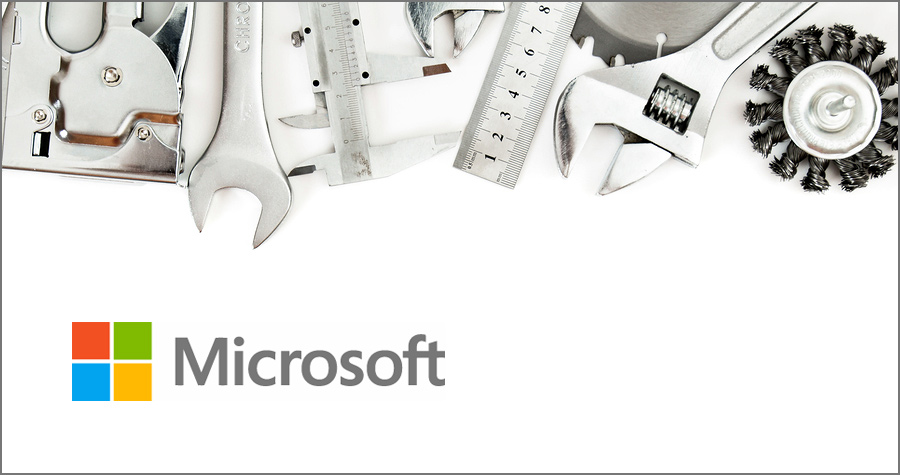 In terms of revenue, Microsoft is the world's largest software company. Part of its popularity has been due to the ease with which various software can be integrated to offer solutions that were once cumbersome or impossible to achieve. If you are planning an in-house Microsoft project, however, you are likely to encounter difficulties in recruiting qualified developers. In some areas of specialization, the demand is four to six times the supply, meaning that many open positions are going unfilled. The problem is especially acute in several Western nations as well as a number of countries in Northern Europe. There is a shortage of developers for many Microsoft products, but the shortages are especially acute for those with skills in SQL Server, Azure, SharePoint and .Net technologies.

It is the age of big data, and companies are seeking ways to leverage the data they have collected while collecting even more. SQL Server is a powerful database that underpins many online sites as well as stand-alone internal systems. It is a robust and secure relational database system that offers speed of query execution, support for various protocols and a host of add-ons that can make customizing easier.

In the United States, it has become increasingly difficult to find candidates with excellent SQL Server skills. Staffing agencies are reporting that demand exceeds supply by four to one — and when qualified SQL Server candidates are located, they are commanding starting salaries that are approximately 10 percent higher than database administrators for other types of database systems. Overall, having SQL Server qualifications can boost a developer's salary by 7 to 11 percent.

Since its initial release in 2010, Microsoft Azure has been a leader in the infrastructure as a service, or IaaS, field. Virtually any technology related to cloud computing is popular, but since Azure is a Microsoft product, it is particularly in-demand. So, too, are developers with certifications and skills in Azure. In fact, since 2014, there have been six job openings in the United States for every available candidate, making this specialty one of the most difficult to fill. As the number of organizations moving to the cloud increases, demand for qualified Azure developers is expected to increase.

Azure is remarkably versatile and offers both IaaS (Infrastructure as a Service), or PaaS (Platform as a Service), capabilities. As a PaaS, Azure applications can face internally, such as apps that allow employees to process work orders or conduct analyses, or they can face externally, such as a public website or e-retail site. As an IaaS, it offers virtual machines that free clients from the need to purchase additional hardware.

Developing apps in the Azure cloud can also save you time and money. You will be able to get your apps to market sooner and at a lower cost, and you will be able to perform upgrades more efficiently. The cloud offers greater agility and flexibility, the ability to scale as needed and opportunities that could be difficult or impossible to leverage in a physical environment.

Azure can be scaled easily, stores data securely and can handle the processing of big data. Microsoft provides methods to integrate Azure with a number of languages, including Java and Python. Overall, Azure is one of the most powerful and versatile IaaS products available today.

SharePoint is not a new technology — it was initially released in 2001 — but it has become one of the most popular web application programs on the market. It has become an important part of the operating environment of many enterprises. Most companies that use SharePoint are constantly looking for new enhancements, better ways to apply it and different ways to leverage it to obtain greater benefits. Since 2013, Microsoft has distributed SharePoint primarily through Office 365, which has allowed many more small businesses to adopt the platform. As such, developers with SharePoint skills are highly sought-after and often earn starting salaries that are 9 percent higher.

One of the most attractive features of SharePoint is its ability to consolidate applications that were traditionally stand-alone applications containing silos of data. For example, SharePoint can combine content management, workflow management, enterprise social networking, business intelligence and document management on an extranet or intranet. It facilitates collaboration and approvals, can offer access to users at remote sites and can be easily integrated with a wide range of other software.

Developers with solid skills in the .Net technologies have been in demand for many years. Microsoft released its first version of Visual Studio.NET in 2002, creating a near-instant demand for developers with skills in the .Net framework. In the years since, more developers have acquired these skills, but a shortage remains. In the United States, there are approximately six open positions for every job seeker with .Net qualifications, and salaries are about 8 percent higher than similar development jobs. The shortage may worsen; through 2015, Microsoft.Net grew at a pace that was about twice that of the overall applications market.

The .Net and ASP.Net, the portion of the .Net library used for making web sites, is likely to become even more popular technology as more organizations realize the benefits of .Net development. The framework offers language neutrality, meaning it supports C# plus many other different programming languages, which can often eliminate the need to translate existing code. The class libraries are extensive, reducing the need to create new classes. The cross-platform implementation relies on open-source, free components to facilitate cross-platform development.

How We Can Help

At delaPlex, we do things differently than most software development services companies. First, we hire the best talent available; they are not contractors — they are our employees. Once hired, we make sure that our developers keep their skills current so that our clients will always receive the benefits offered by the latest technologies. When a client needs a project developed, we assemble a dedicated team possessing the proper mix of skills to complete the work quickly, accurately and within budget.

We treat our employees well, which fosters loyalty. As a result, although many companies are struggling to find qualified Microsoft programmers, we have been fortunate enough to retain an ample number of highly experienced, well-trained developers. They are devoted to ensuring that the client's business thrives, so they are always willing to "go the extra mile" for our customers.